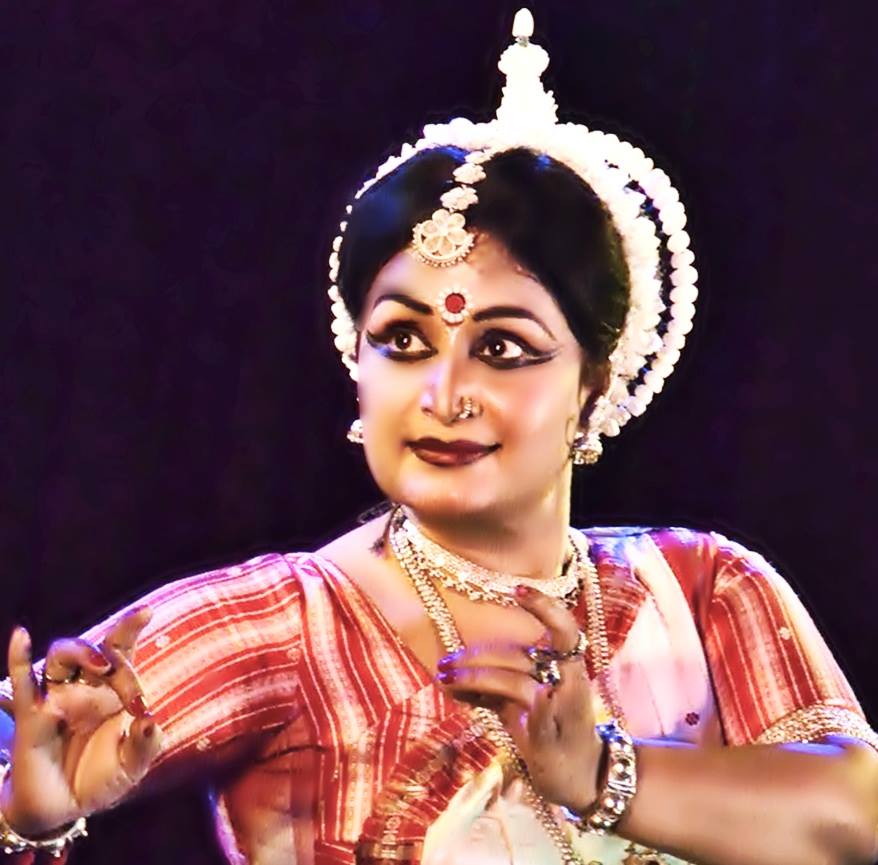 rs. Kasturi Pattanaik is a leading exponent of Odissi Dance. She has left a deep   imprint in   the evolution of Odissi Dance in its contemporary format through her   new creations. Her   compositions and choreographies have left deep artistic   impact for their originality and   diversity. She has introduced new concepts, new   ideas, new techniques, new co-   ordination, new linkages and new themes in  Odissi Dance repertory. She is both an   accomplished soloist and group performer. She is also one of the pioneers of Odissi dance   drama, particularly blending the classical and folk traditions of Odisha and the great pan-   Indian mythological stories. Her creative spectrum stretches beyond choreographies and   performances. She is known as an excellent trainer and teacher in Odissi Dance. She has   also integrated Odissi music in its original and undiluted format into her own innovative   and imaginative compositions & choreographies in Odissi dance.

From an early age, she travelled across the country and world to perform and disseminate Odissi dance. She also conducted workshops in various countries; including in Hong Kong, USSR, Indonesia, Thailand, Singapore and North Korea.

Mrs. Pattanaik has trained more than 400 students across the country and abroad in Odissi dance; many of whom have established themselves either as performers or as Gurus.

After her stint in Odissi Research Centre as the choreographer; she moved to Delhi and joined ‘SANKALP’ as its Programme Director (Culture) and Creative Head, Performing Arts. In SANKALP, she broadened her arena of activities to include education, research and policy strategies; besides her main activities related to promotion of Indian Art and Culture. In culture, she has promoted young talents extensively and worked in other fields, particularly supporting the custodians and inheritors of the indigenous/tribal/folk arts; which are in the process of extinction. In education she has contributed towards promoting alternative and innovative education for the disadvantaged children as well as capacity building education for the women for their economic empowerment.

Mrs. Pattanaik has also performed leading roles in Odia Films and National Doordarshan Channel serials. While in Odia Films, she has been well-acclaimed for her sublime and creative roles, her Doordarshan serial on ‘Debadasi” is a classic masterpiece on Debadasi traditions. She was a member of Regional Committee of the Central Board of Film Certification. She has also anchored eight episodes of primary education programmes, produced by the State Institute of Technology (SIT), Bhubaneswar under the Ministry of Human Resource Development, Government of India.

She has been associated as an Expert for syllabus preparation, question setting and examiner for B.A and B.A. (Hons) course of Indira Kala Sangit Vishwavidyalay (IKSVV), Khairagarh. In fact, she has a pioneering academic role in setting up the course in Khairagarh University.

She has also received a number of awards & acclaims for her achievements in promoting the diversity of Indian culture expressions. She has also been serving as the Jury of the ‘Kalidas Samman’ and ‘Tulsi Samman’, prestigious arts awards, presented annually by the Government of Madhya Pradesh.