Anurekha Ghosh is one of the finest internationally acclaimed award-winning Indian Classical Kathak dancers. Her technique and style is a combination of “tradition and modernity”. She has shown her excellence in Choreography be it in the classical or 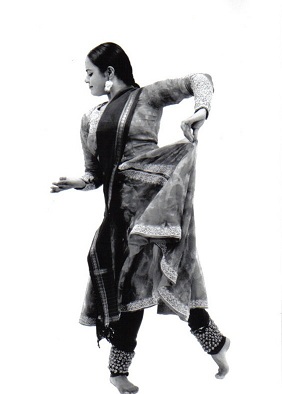 She has been trained in classical Kathak dance, specializing in the Lucknow Gharana since the age of 4 ½ years under the guidance of Smt. Meera Majumdar and Smt. Mousumi Sen in Calcutta, India.  Anurekha moved to the United Kingdom in 1992 and took further training in Kathak with Padmashree Guru Shri Pratap Pawar.  She received extensive training under the renowned Kathak exponent Begum Nahid Siddiqui from Pakistan.  She is also receiving  advanced ‘talim’ from Tabla exponent Pt. Dinanath Mishra of Benaras Gharana and Smt. Madhumita Roy, a senior Kathak exponent and Guru.  She is fortunate to receive in-depth guidance and ‘talim’ from the finest Kathak exponent and Guru Smt. Durga Arya. She learnt the art of Kalaripayattu, a South Indian Martial Arts at CVN Kalari, Kerala under Guruakkal C V Satyanarayanan.  She is also trained in Western Contemporary Dance, Ballet and Yoga in UK. At present she is training in vocal music from Smt. Swagatalakshmi Dasgupta in Kolkata.

Anurekha has performed in the major theatres and Festivals all over the world as a soloist or with her company productions.  She has performed in USA, Canada, all over Europe, India, Estonia, Japan, Pakistan, Indonesia and the UK including Royal Opera House, London, South Bank Centre, London, Madission Square Gardens New York, Festival of FEZ, Morocco (sharing the stage as a soloist with Pandit Ravi Shankar and Anouska Shankar) to name a few. She has choreographed and created many classical and contemporary productions which have received critical acclaim.

Anurekha collaborated with internationally renowned choreographers like Padmashree Kumudini Lakhia, Akram Khan (UK), Nahid Siddiqui (Pakistan/UK), Shobana Jeyasingh (UK), Mark Baldwin (UK), Andre Gingras (Holland) inviting them to create productions for her company or mentor her in her own choreographic creations.  She has worked with the reputed choreographer Aditi Managldas and performed as a part of the opening ceremony for Commonwealth Games in Manchester.  She was invited by the French Ministry of Culture and Communication and the ACCR European Cultural Network as a part of the Odyssee Cultural Programme for an artistic residency in the famous cultural centre of La Saline Royale at Arc-et-Senans in France for the development of the creative process towards the creation of a full-length dance production mixing Indian kathak dance and contemporary dance titled “4 Shiva’s Steps’ in collaboration the National Choreographic Centre of Franche Comté and heads of the Via Dance Company, France.

She has danced in the Michael Howell film “FRANKENSTEIN” choreographed by Mark Baldwin, screened on BBC.  Her performance is also featured in the film THE SUFI WORLD. She has given many performances on BBC, Channel 4, French Television, and Indian Television.  BBC world has televised her classical Kathak solo performance of Festival of FEZ in a programme called DESTINATION MOROCCO. She performed is in the music video OUR DESTINY. 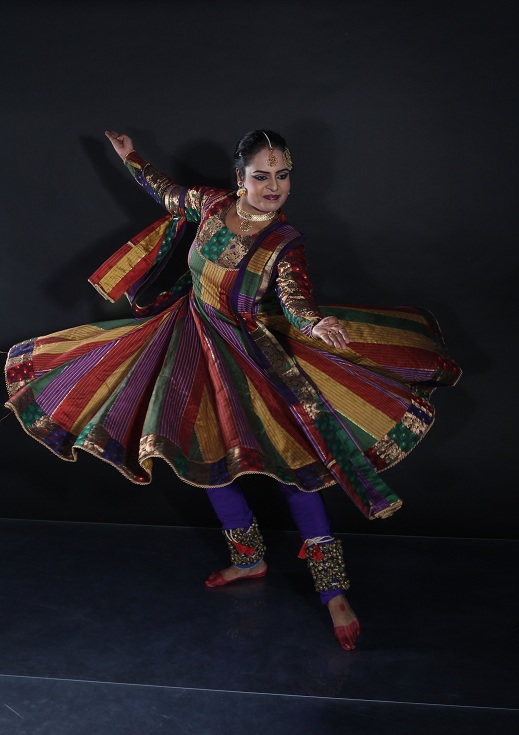 Anurekha has been invited to judge many national level dance competitions in India.  She is an   active  judge for the Nataraj Gopi Krishna awards and All India National Dance competition staged in   Bhilai under the auspices of Nrithyarthi Kalakshetram and Akhil Bharatiya Sanskruti Sangh National   dance competition in Pune.

Anurekha shares her time in India and the west, teaching classical Kathak to many young aspiring   students across the world, propagating Indian Culture, creating a centre of Artistic Excellence in the   traditional Gurukul System at her institution NATMANDIR.  Many of her disciples have turned into   professional Kathak dancers performing and continuing the legacy with devotion and dedication.  She   has been conducting dance workshops and master-classes in Primary and Secondary schools, Special   Needs schools, Performing Arts colleges and University all across the globe.  She has been imparting   classical Kathak dance training in intensive retreats attended by students from various parts of the   world.

As a social activist, Anurekha has been whole heartedly connecting dance with burning social issues.   She created dance productions titled “A Letter to the Mother from the Womb” which carried a   powerful message against female feticide and ‘Voice of Femininity’.  Anurekha has been connecting   with several NGO’s caring for mentally retarded children, trafficked girls, Cancer survivors.  She has   been imparting dance therapy training to the beneficiaries from the NGO’s.

Anurekha has performed in the major venues and festivals as a soloist or with her company productions in the United States of America, Canada, Europe, India, Estonia, Pakistan Indonesia and the UK, which includes